Find the Best Deals in Madrid

What are you looking for?

Tell us what you're looking for...
Want to Run Your Own
My Guide Website?
Find Out More

A Hotel Full of History

The Palace Hotel in Madrid, representative of the bygone glamour of the Belle Epoque, celebrates its hundredth anniversary next October. It opened in 1912, the same year the Titanic sank; so far, after a long period of success, it remains amongst the best accommodation in Madrid and one of the most emblematic hotels in Europe. 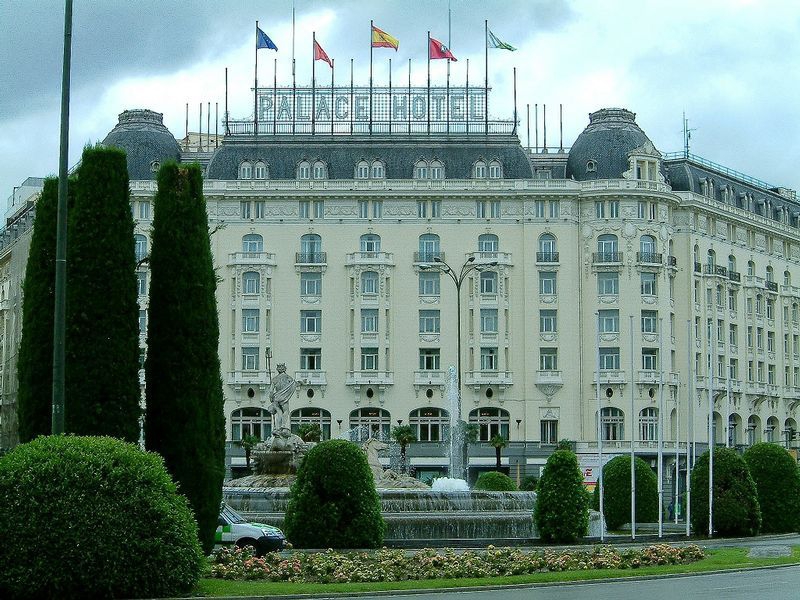 The Palace has always been a meeting place for artists. Through its hall, Salvador Dali once walked an ocelot tied to a golden chain, while on the wall of his room he painted a picture that is said to have been wiped away by a horrified cleaning lady. From the hotel’s impressive doors, Hemingway used to see off famous masters Belmonte and Manolete on their way out to the bullring.

Poet Federico García Lorca immortalized a short but beautiful poem on a napkin, asking for money to buy a train ticket, after he had spent his last coins in the bar of the hotel with his two best friends: Dalí and Buñuel.  In the hall, a small space contains authentic pieces that tell the history of these hundred years, in the pages of which can be read famous names such as Pablo Picasso.
Chosen by renowned bohemians and artists of the last century such as Hemingway, Marie Curie, Mata Hari, Picasso, Dali, Lorca and Buñuel, the Palace remains the favourite hotel of freethinkers and artists from all disciplines. Some of the movies’ most iconic stars like Ava Gardner, Sophia Loren, Glenn Ford, Orson Welles or Rita Hayworth slept in the hotel and walked through its doors to enjoy a cocktail in one of the most popular 1930s bars in Europe, located in the nearby Gran Via avenue: Chicote!
The hotel is located in the cultural and artistic heart of the city. Near the parliament and within walking distance of the Botanical Garden, Parque del Retiro and Plaza Mayor. The hotel occupies a unique location in the heart of the "Walk of Art", alongside the museums El Prado, Thyssen and Reina Sofia. 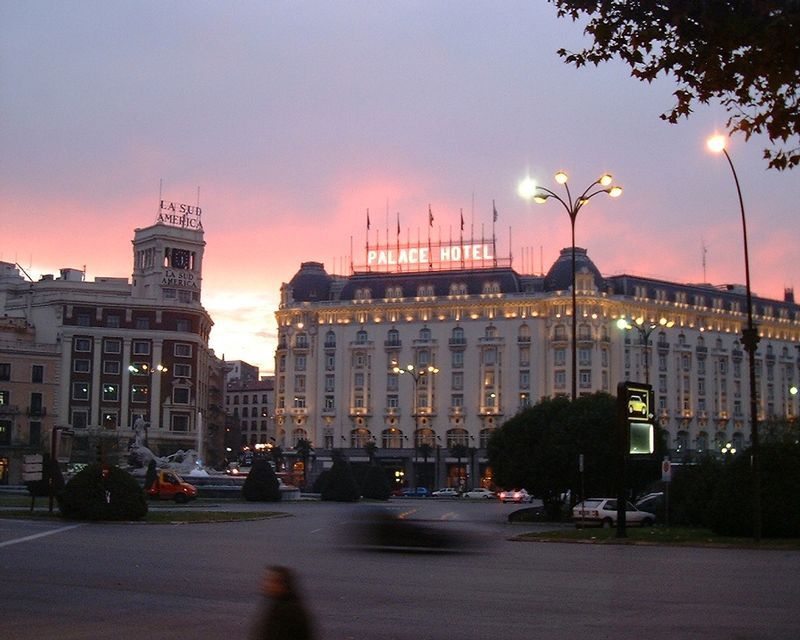 Its proximity to the parliament allowed it to be the meeting place for politicians who negotiated there during the transition to democracy. Within this hotel nights of great importance in history have passed, such as the coup d'etat on February 23, 1981, and the coup in 1982, when the socialist party announced from one of its balconies its triumph over the Right Party.  Unforgettable days have passed in which Arabs and Jews sat down to negotiate during the Peace Conference of 1991, or the great dance of inauguration of the Thyssen Museum, which took place in the hotel’s classrooms. During the 20s The Palace hosted a stream of meetings, parties and other major events, be it local, national, or international. At the outbreak of the Civil War, in 1936, the hotel was requisitioned by the Republican government to house a hospital, thanks to the natural light let in through the huge dome roof that will never disappear even during a power cut. 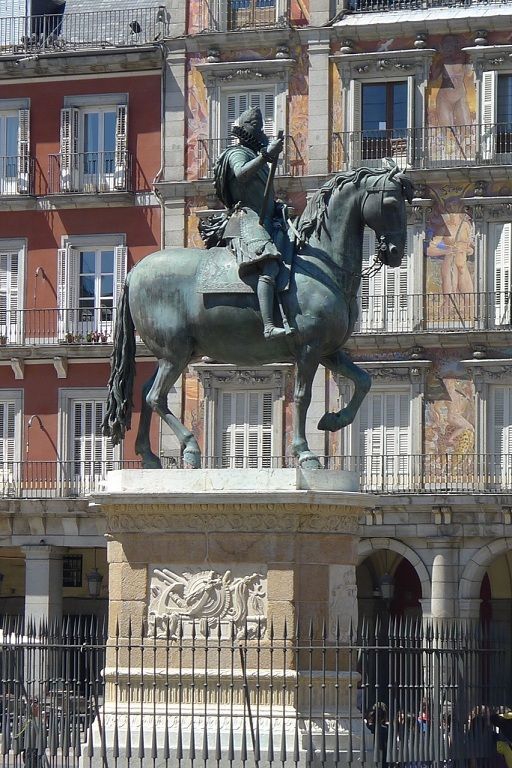 The Hotel sustains some ancient professions which help to maintain the glamor and luxury of a bygone era, professions that are all but forgotten today, like a silversmith who is responsible solely for maintaining gleaming cutlery. It also employs the only remaining hotel bootblack in Spain. The Palace has always had this service, free for guests who leave their shoes at the door of the room at night. By the morning they’ll find them gleaming.

Elegant and comfortable, the Royal Suite includes a bedroom, dressing room and bathroom with sauna and jacuzzi. In recent times, Michael Jackson (who asked to build a dance floor in the room), Mick Jagger, and Pavarotti have enjoyed these luxuries. To spend the night in this room costs a whopping € 5,000. The Royal suite is a favourite of the Arab sheiks, perhaps because of its flamboyant gilded decoration and for its gold-plated details, such as the shower head.
Now competitors in luxurious services within Madrid, the Ritz hotel and the Palace were once thought of as ‘brothers’. They belonged to the same owner, the Belgian Georges Marquet, who built the Ritz in just 18 months right in front of where the Palace was opened. Today they are the most emblematic luxury hotels in Madrid.
Main image courtesy of pdbreen (Flickr)
Written by:
PUBLISHED: Jun 9th 2017

Part of the My Guide Network